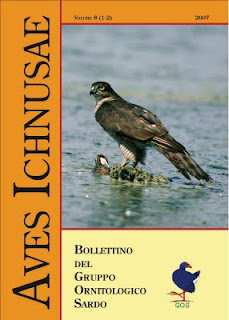 Guido Premuda*, Nicolantonio Agostini, Leonardo Cocchi & Riccardo Molajoli
First raptor spring migration survey in Sardinia.
From 1st to 14th May 2005, 442 migrating raptors were recorded over 132 hours of observations at Punta Falcone - Gallura ( Northern Sardinia). Most frequent species observed were the Red-footed Falcon, the Honey Buzzard and the Marsh Harrier respectively; these three species represents together the 88% of the total. The peak of the migration took place on 2nd May. The observations confirm the importance of the area for the raptor spring migration. The Sardinia-Corsica corridor seems to mainly involve migration of the genus Falco, probably due to the long water crossing of the Sardinia channel (184 km from Tunisia). Further researches are needed, in order to cover a wider raptor migration period.
(*) (guidopremuda@tiscali.it)

Marcello Grussu*, Gianni Conca, Andrea Corso & Habib Dlensi
A contribution to the knowledge of the wintering birds in Tunisia.
The authors report the most interesting records made in Tunisia during five winter trips in the period 1992–2005. These researches have underlined the occurrence of some accidental species in winter in Tunisia such as European Nightjar (second winter record: Bou-Hedma, 2003), of Common Swift (second and third record: Sfax, 2003 and 2005), of Northern Wheatear Oenanthe o. seebohmi (fourth record: Chott El Jerid, 2003) and of Western Bonelli’s Warbler (third record: Chott El Jerid, 1992). We have also found the presence of the following vagrants: Squacco Heron, White Stork, Montagu's Harrier, Booted Eagle, Lesser Crested Tern, Alpine Swift and Little Swift. Besides, important concentrations of Ferruginous Duck (400 individuals in 2003), of White-headed Duck (260 individuals in 2003), Eurasian Dotterel (300 individuals in 2004), of Curlew Sandpiper (1,500 individuals in 2005) of Common Swift (5-10 individuals in 2005) and of Temminck’s Horned Lark (1,000 individuals in 2005) were noted. We signal besides the first record of Common Crane (50 individuals, 2004) to the edges of the Sahara, in the area of the oases.
(*) (mgrussu.gos@gmail.com)

Marcello Grussu
Gadwall, a new breeding bird to Sardinia.
The breeding of the Gadwall has been recorded for the first time in Sardinia in 2004, when at least three females with nestlings and a total population of 3-7 breeding pairs were recorded in the Pond of Molentargius (Quartu Sant'Elena, Cagliari) on the 15th June, in a site with fresh waters. The reproduction was also confirmed in the same site in the years 2005 (1-4 breeding pairs) and 2006 (at least 1-3 breeding pairs and around 40 summering  adults). Out of this area, breeding was also recorded in the Gulf of Oristano (western Sardinia), where in 2005 a pair bred in the salty lake of Sale Porcus.
(mgrussu.gos@gmail.com)

Renzo Badas* & Marcello Grussu
On the presence of Barnacle Goose in Sardinia.
One individual of Barnacle Goose was recorded in March 1991 in the Santa Gilla Lagoon near Cagliari (Southern Sardinia). This is the first record of the species in Sardinia. Around 1980 an individual of this species with signs of captivity was recorded in winter in the Gulf of Oristano, but it was considered a case of probable escape origin.
(*)(Vico IV Olimpia, 10 - 09047 Selargius, Cagliari)
Hichem Azafzaf*, Rachid Haggui, Claudia  Feltrup-Azafzaf & Mike Smart
Recent record of Common Scoter Melanitta nigra in Tunisia.
On 10th March 2006 a fisherman of the region of Ezzahra / Ben Arous (Tunisia) has found in his nets 13 individuals (two adults and 11 immature / females) of Common Scoter. This is the second record for this species in Tunisia. The Common Scoter is accidental on the Mediterranean coasts of the North Africa.
(*)(11, Rue Abou el Alla El Maari - 2080 Ariana/ Tunis, Tunisia) 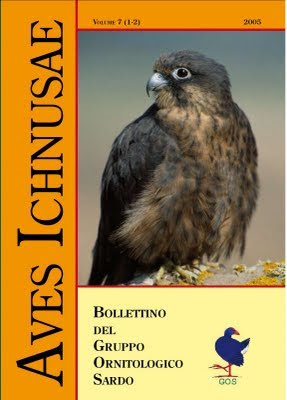 
Hichem Azafzaf*, Claudia Feltrup-Azafzaf, Habib Dlensi & Naoufel Hamouda
Concentration of Thick-billed Lark and Temminck’s Horned Lark in Tunisia.
On 13 March 2005 more than 100 individuals of Thick-billed Lark and more than 480 individuals of Temminck’s Horned Lark were observed in the Dahar region in South Tunisia. This is the highest concentration ever recorded for Tunisia. In the past, records of these two species rarely exceeded groups of about ten birds.
(*) (azafzaf@gnet.tn) 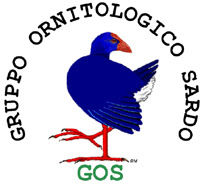 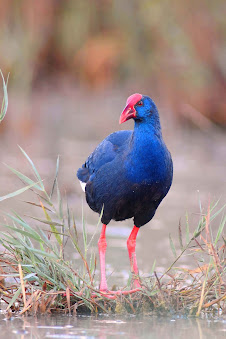